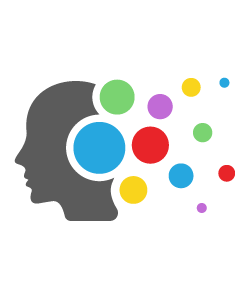 It does not matter whether your child is a young baby or a three-year-old, when it is time for your child to enter a childcare facility for the first time, every parent's nerves are on edge. Because children pick up on stress and anxiety of parents, it is helpful to carefully think about the care process in advance. That is where these parenting tips are beneficial to you. From managing your nerves on the first day to packing the perfect snack box for your child, there are plenty of ways you can prepare yourself and your child to make their childcare experience a raging success.

Why Enrol Your Child in a Bilingual Early Childhood Centre?

If you've recently moved to Australia from overseas, then English may not be the primary language you use at home. You may be fairly fluent; however, if you have a young child, then they may not be able to speak much English at the moment.

If you're looking for an early childhood centre for your child at this stage, it's worth trying to find a bilingual facility. How do these centres work and what are the benefits of using one?

Bilingual childhood centres run sessions for children who speak a certain language. Some centres only use one language; others run groups in different ones.

In some cases, they also take children into these classes if their parents want them to learn the language even though they don't currently speak it. However, most children who go into these groups either don't speak English as a first language or are already bilingual.

Generally, you'll get a mix of staff language skills for each group. For example, some staff may switch between the two languages during a session. Or, some staff will only use English in the group while others only use the alternative language. All group interactions are made in both languages.

Why Use a Bilingual Early Childhood Centre?

Taking the first steps to independence and going to a childhood centre can be daunting for any child. If your child doesn't speak the same language as everyone else, they may find it harder to settle down.

If they attend a bilingual centre, then things are more familiar. They can communicate easily with some teachers and support staff. The children in the group will speak their language too. Language difficulties won't delay their learning.

This also has wider community and cultural benefits for them. If you send your child to a regular centre where English is the only language, then they will pick it up quickly. While you need this to happen, it does have downsides.

If you enrol your child in a bilingual centre, they will also pick up English quickly. However, they are more likely to be comfortable using both languages now and in the future if their early educational experiences make this the norm.